Back to the Beginning

In France’s Lubéron region, a childhood memory is made into a home

When, as a boy, Daniel Vial picnicked with his family near their melon and asparagus farm along the Aiguebrun river in the Lubéron region of France, he and his cousins, armed with fishing poles, would wander up to the ruins of an early-medieval priory on a nearby hill. The tall, thin belfry still commanded the valley; roofless stone walls with trees growing inside outlined what had been the chapel; forgotten graves lay among scattered mounds of stone. “The tower was full of mystery, and I imagined a lot of stories,” remembers Vial. “For me it was a magic valley and a piece of paradise.”

Fast-forward to a party in Los Angeles decades later when Vial, now an executive in a pharmaceutical public relations company, met movie director Roger Vadim, then in his Jane Fonda period. The two Frenchmen chanced on the fact that they both had roots in the Lubéron and that Vadim in fact owned the priory and its grounds.

“Well, then, would you be interested in selling it to me?” asked Vial.
“Oui.”
Vadim’s nod would prove the start of a decades-long restoration campaign. Vial’s simple desire to transform the evocative ruins into a vacation home triggered a very complex odyssey through years of historic-preservation bureaucracy, archaeological digs and painstaking stone craft. the priory, ancient even by french standards, was one of the country’s first protected monuments (designated in 1921), and Vial couldn’t make plans for a vacation house until the site was examined by state archaeologists. before he knew it, Vial was stepping into slow time. the site had to be carefully excavated and thoroughly documented by official experts. What the excavation revealed would determine what he could build.

Vial hired anthony Ingrao, an american friend and de-signer then living in Paris, to take creative dictation from the site and the archaeologists. Ingrao had trained in architecture as a modernist at the rhode Island school of design, and the priory, one of his first projects, whisked him, like a time machine, back to the Middle Ages.

The dig ultimately revealed that a carolingian village had been built around the court-yard of the priory. “the archaeology taught me how the monument was lived,” says Ingrao. “you could see how their society worked—where the oil was stored, where the blacksmith forged tools.”

The priory was the center of life in the area. “for centuries the church was not just about prayers and mass but about eating, sleeping and business,” says Vial. “back then the church embodied a completely differ-ent concept. the monks ran an inn for pilgrims and charged a toll to protect and feed them.

They ruled the valley and controlled the politics, economy and the spirit of the people.” the archaeologists discovered some 150 graves, including a bishop’s, in and around the sanctuary and unearthed jew-elry, pieces of gold and silver, glass jars and vessels—many of the finds are now in a museum in nearby apt.

“At the beginning, once I owned the priory, I didn’t know what to do with it,” admits Vial. “It was a frustration because we didn’t know how the excavation would evolve. but tony soon had a vision that grew from the archaeology. he suggested we take the priory back to the 11th century. tony had discussions with the historians and convinced them this was the best way to respect the monument. It was not an easy decision to make.”

“While they were digging, we started restoring the tower and rebuilding walls of the basic chapel,” remembers Ingrao. “then, once the archaeologists analyzed and documented the periods, we took down remnants of the walls that had been built after the 11th century. The archaeologists gave us the right to restore anything from the 11th century that was over a meter tall, so we now have a 100 percent 11th-century reconstruction.

“To get it approved, we had to build to a certain standard,” explains Ingrao. the masons used stone from the site and cutting and fitting techniques of the time, along with cement that was the equivalent of the 11th-century mortar.” 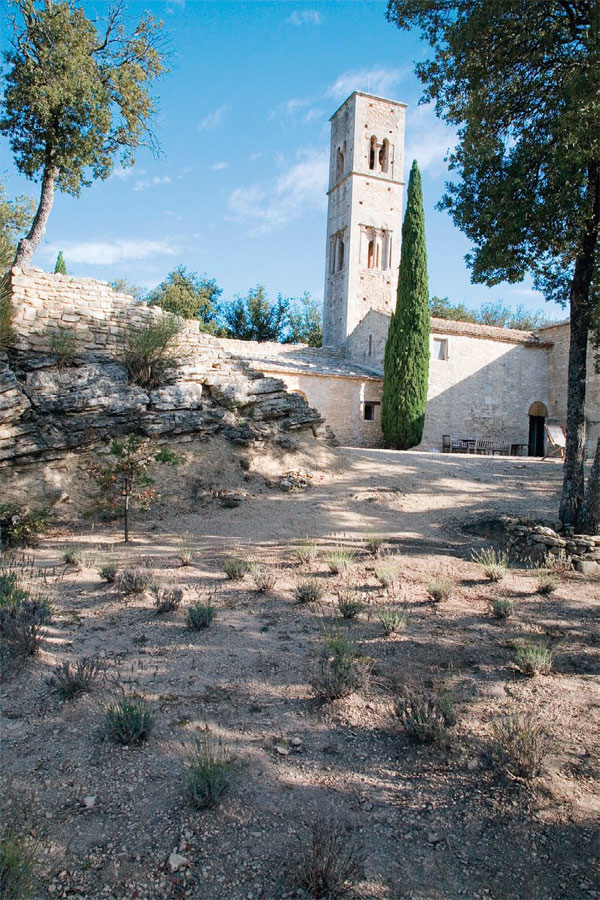 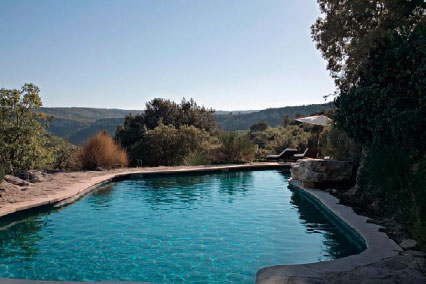 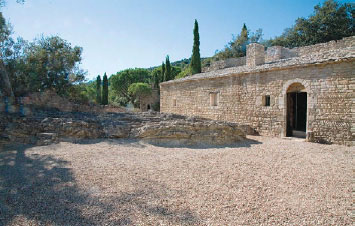 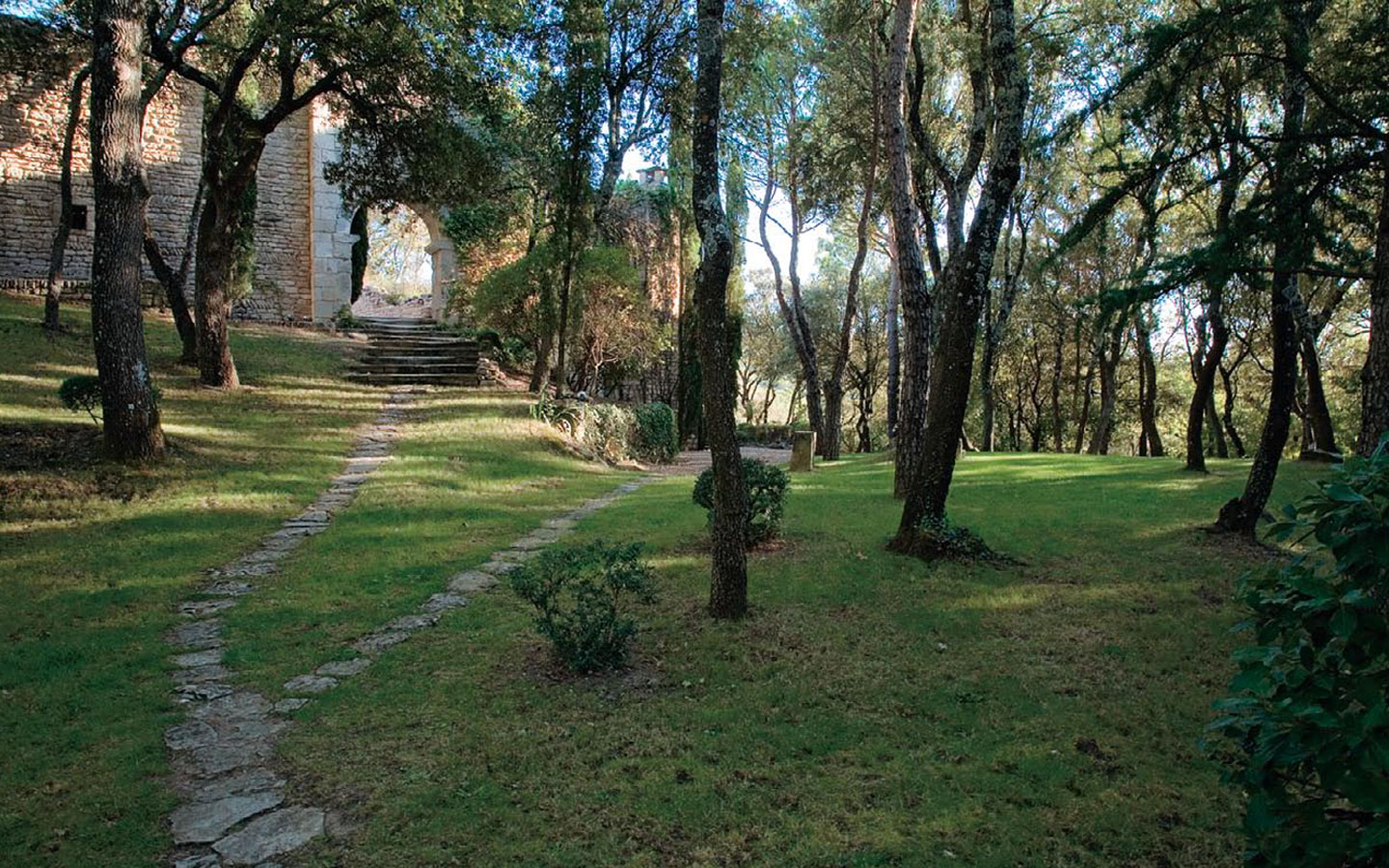 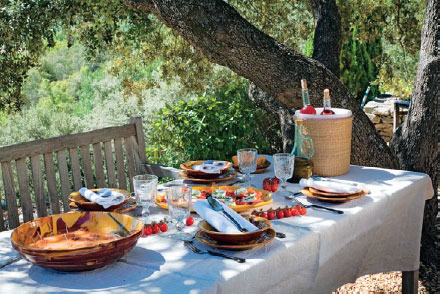 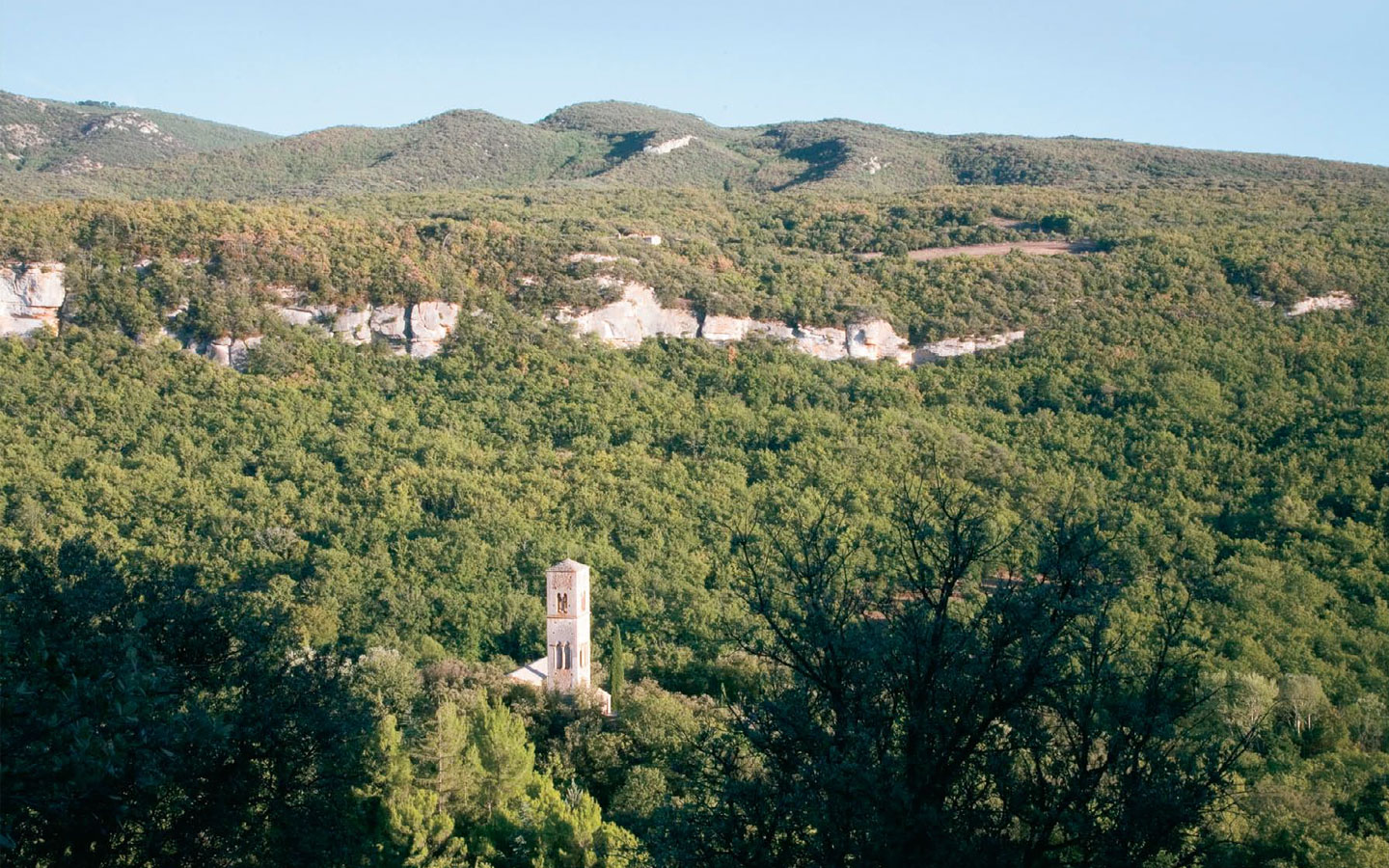 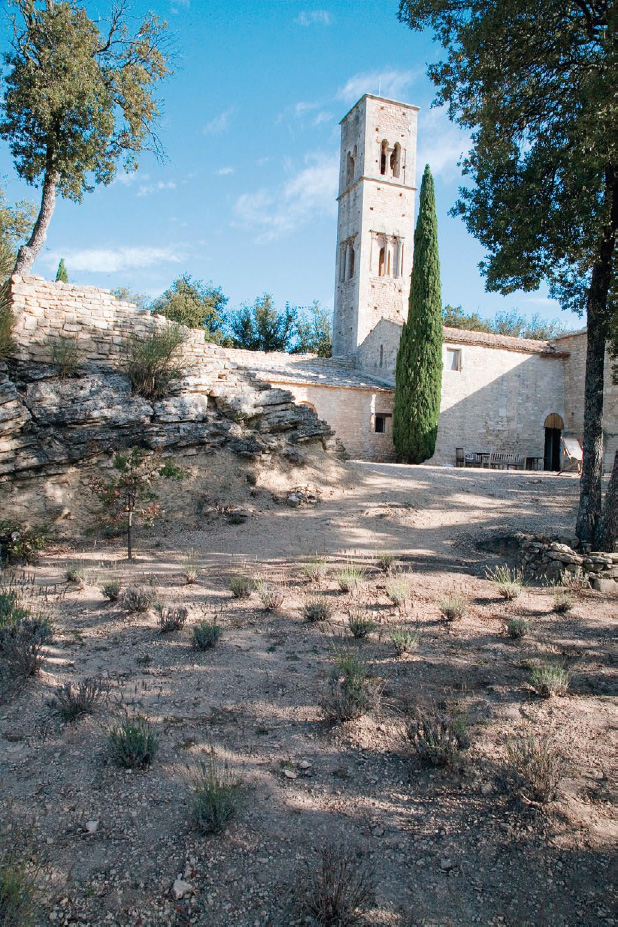 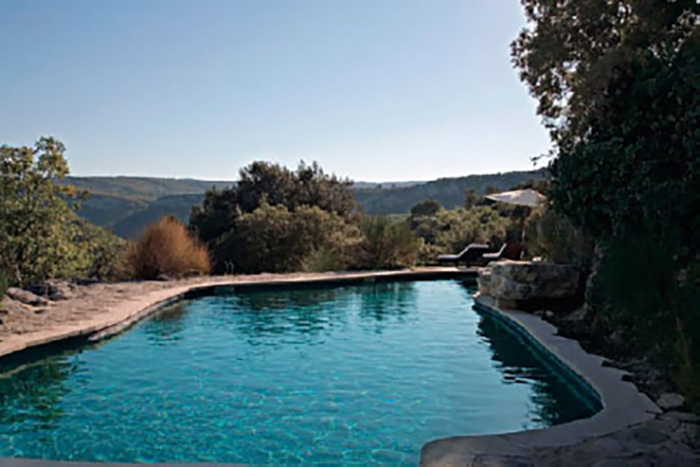 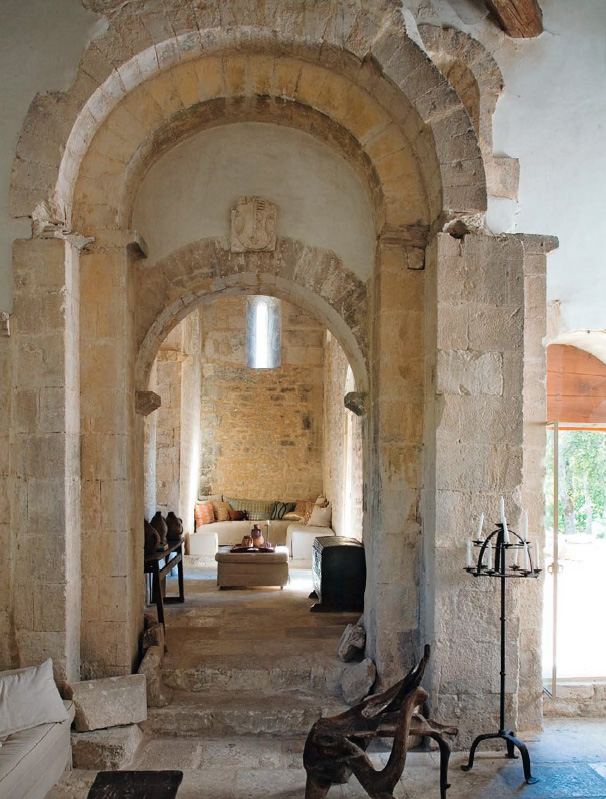 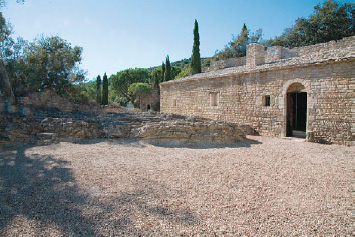 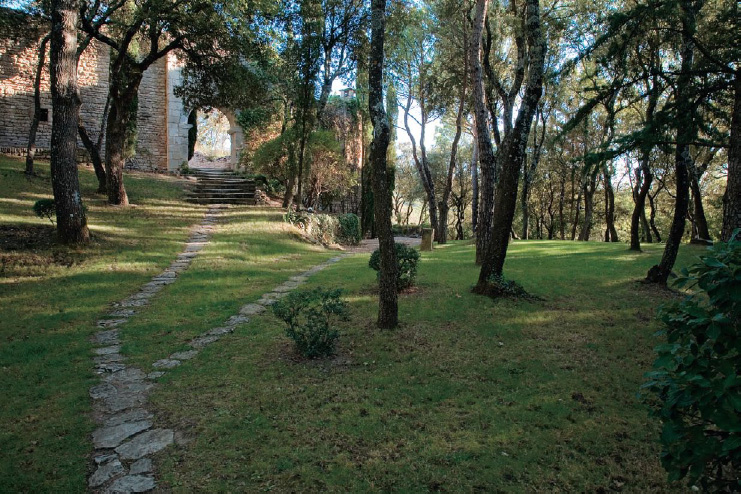 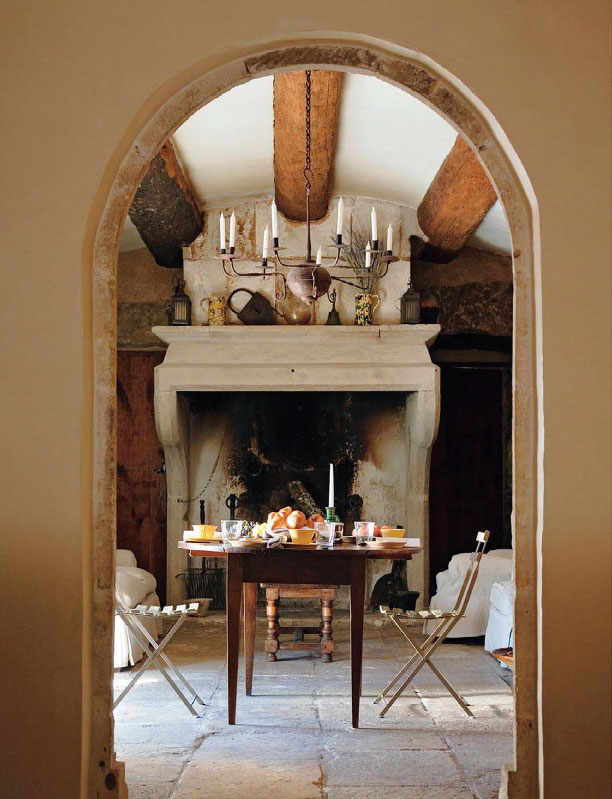 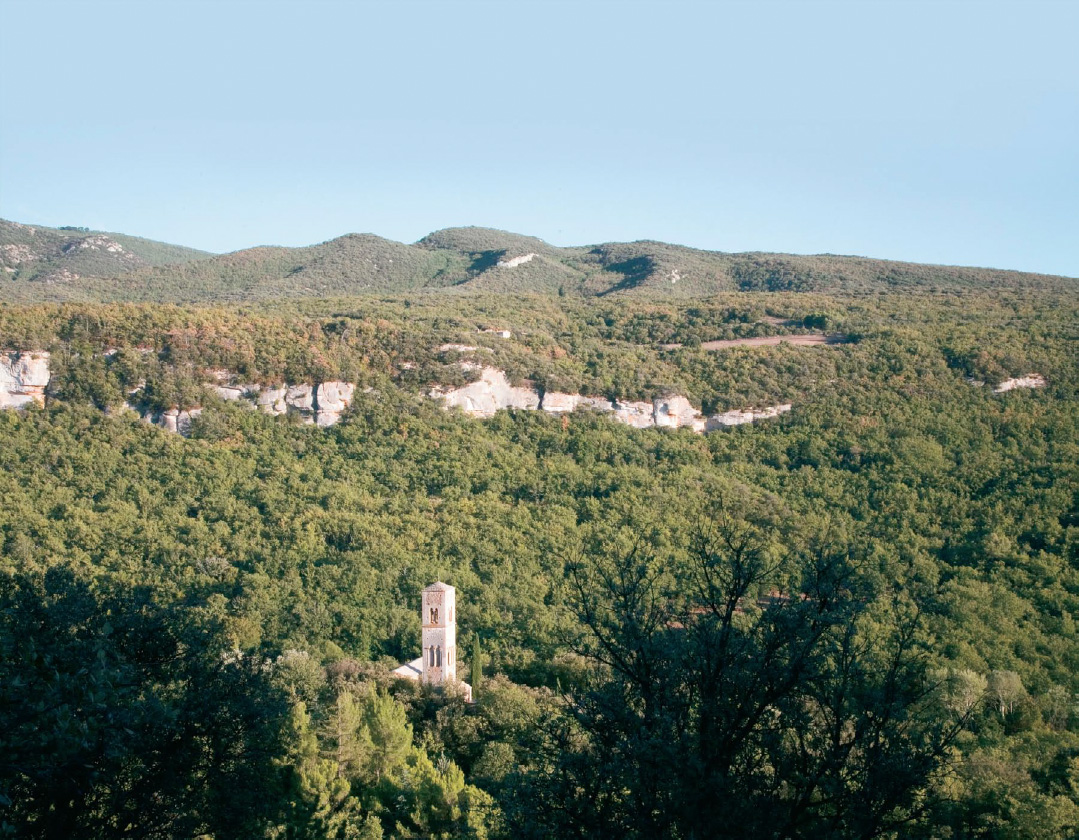