Randy Kemper and Tony Ingrao are known by the cognoscenti as the interior designers to the rich and richer. “Not all our clients are billionaires; the other half are just normal millionaires,” jokes Ingrao of Ingrao Inc.’s client list, which reads like a who’s who of the Hamptons including Kim Cattral, Suzy and Jack Welch, Donny Deutsch, and Beth Ostrovsky Stern and Howard Stern. “Howard and Beth wanted to come see our house, and our house looks like a little cottage,” says Kemper. “It’s charming, and it’s filled with antiques, and we love it, but we didn’t know what Howard would think of it. He came and said, ‘this is fabulous, this is how we want our house to feel.’ And so we did our best to get that fame flavor of collected antiquities and refinement but in a much larger house.”

That’s not to say Ingrao and Kemper’s East Hampton home, Woodhouse Park, is petite by any means; their estate, set on five acres near an 18-acre nature preserve, has been photographed for a multitude of books on landscape and design and regularly plays host to some of the most highly coveted event invites in the Hamptons, including the recent benefit for God’s Love We Deliver. “It was a garage to one of the oldest estates in East Hampton owned by the lady that founded Guild Hall, Mrs. Woodhouse,” says Kemper. “We realized it had a lot of potential; we thought what a great place to do a beautiful garden.”

The garden is made up of a series of strategically placed trees, shrubs, and 18th-century sculptures, a perfect companion to the home’s interior which is filled with an eclectic array of treasures symbolic of Kemper and Ingrao’s career paths. “A friend of mine was working in the Hamptons as a caddy at the Maidstone Club; he was also working for Harry Hinson and Kevin McNamara. Then I met Albert Hadley and all these other interior designers, and I thought it was an interesting career path,” recalls Ingrao of his trajectory ], which started in Rhode Island School of Design. He founded his company, Ingrao Inc., a full-service architecture, design and décor firm in 1979.

Kemper started his professional life as a fashion designer in Paris for the legendary couturier Hubert de Givenchy, who created clothes for Audrey Hepburn and Jacquline Kennedy. In New York, he began dressing Hilary Rodham Clinton; during her yeas in the White House, she named a then unknown Kemper as her favorite designer and before long he was appearing on People magazine’s annual Most Beautiful list. Also an accomplished equestrian who competes regularly in The Hampton Classic Horse Show, he joined Ingrao Inc. 14 years ago. “I’m not an architect, and Tony is, so he run s a lot of the architectural end of the business,” says Kemper of their design projects, which can run as high as $50 million. “I have a lot of knowledge about fabrics and a great love for textiles. A lot of the soft detailing in our designs has become something I’m more responsible for, but every project is different. We work together on almost everything.”

Ingrao and Kemper’s designs have included Hamptonites Lisa and Richard Perry’s Sutton Place penthouse, which appeared in a 10-page spread in Vogue, and a new 44-story Starwood Hotels & Resorts building that is a Baccarat hotel residential tower across from the Modern Museum of Art, expected to be completed in 2014. “We’re doing the entire interior of the residential tower and all public spaces,” says Kemper. A new book project is also in early phases.

Another project in the works is a new South Fork home, this one in Montauk, near the properly Ingrao lived for several decades before meeting Kemper. “We put in a foundation and we are building a new small house as a getaway from East Hampton'” says Ingrao who alongside Kemper can be spited at Duryea’s Lobster Deck & Seafood Market, South Edison, and other local spots. “We’ve spent the last five years building a house in the Caribbean, which has become a major project for us. But that’s finished, and we’re going to turn our attention to Montauk soon.

“Not all our clients are billionaires; the other half are just normal millionaires,” 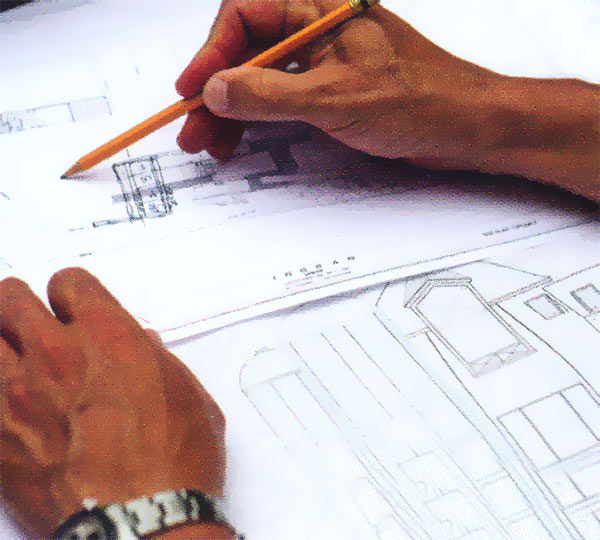 Tony works on a barn design 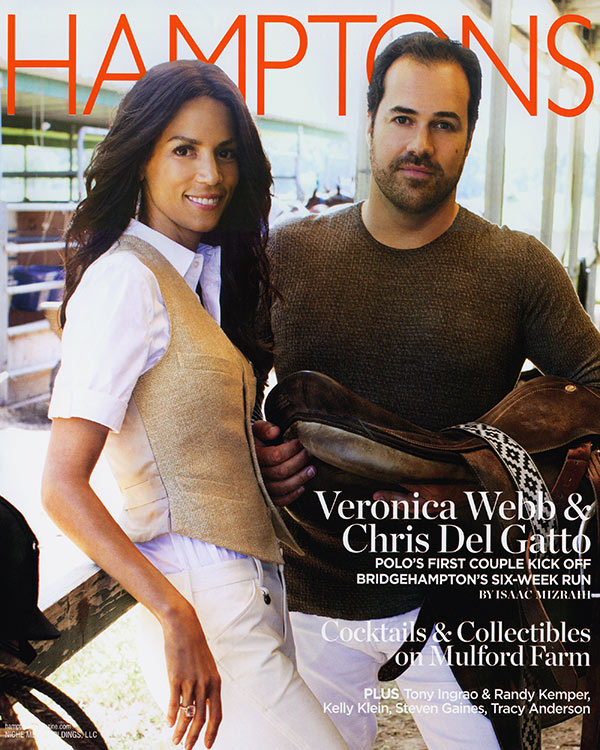 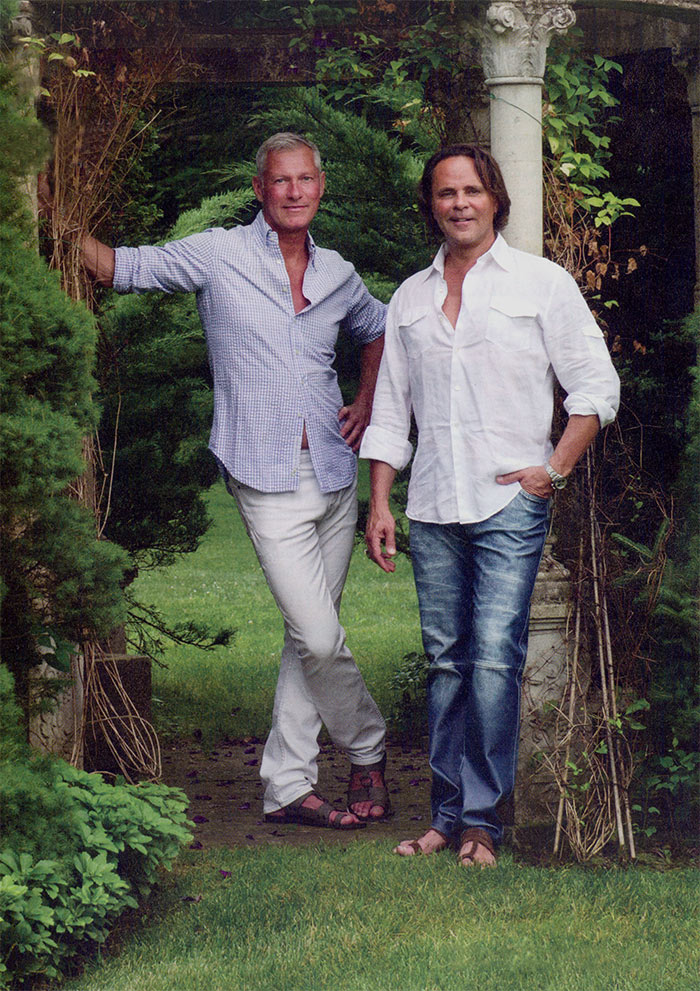 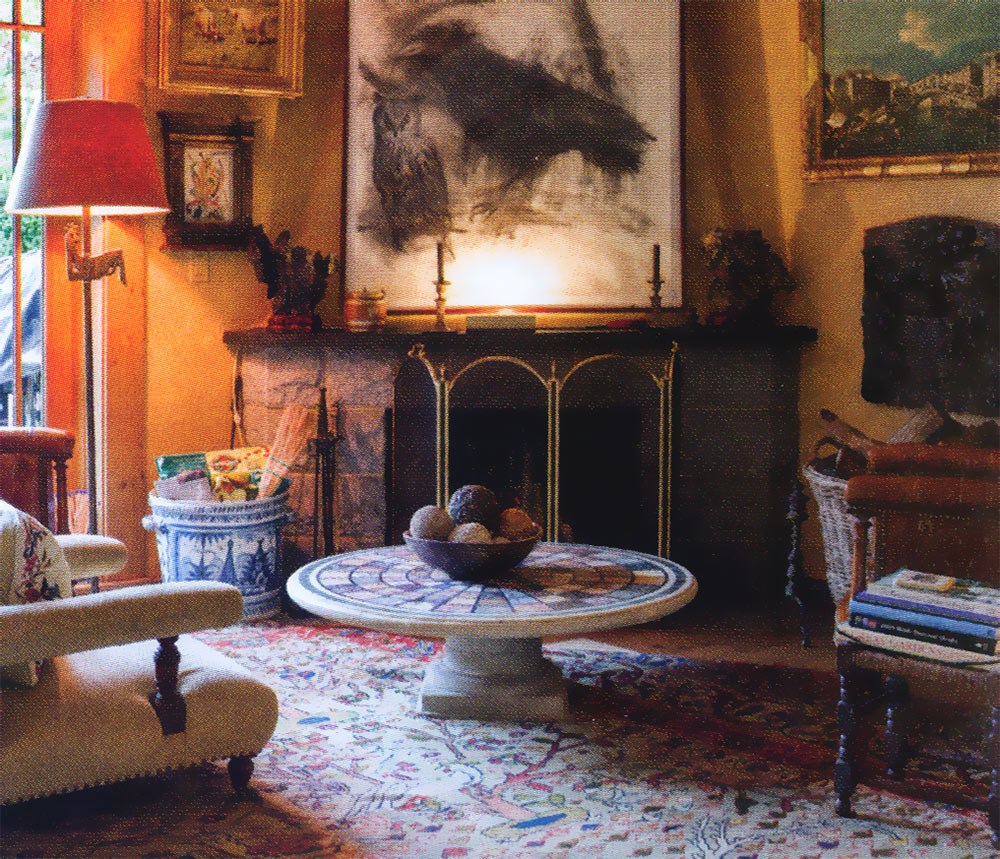 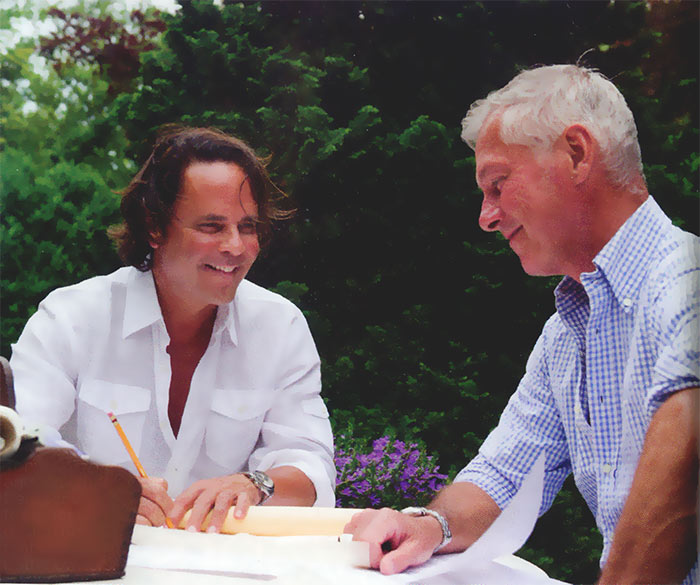 Tony Ingrao and Randy Kemper work together to design homes that uniquely fit the owners.

On their ideal client
“Someone who is excited to go on a journey and explore things that they never thought they would be interested in. They are realistic on the budget and what it costs to make a project happen” – TI

On working with high-profile clients
“We’re about defining an individual look for our clients. We don’t want to design to look like our previous project. We try to interpret them, rather than put a lock on them” – RK

On Woodhouse Park’s famous garden
“It’s a very enclosed space but you always have a sense that it’s heading somewhere else. That’s what we’ve been after with our gardens; it’s a series of experiences; but they’re always leading one to the next.” – RK