For many years, even after building his father’s small advertising agency into a billion-dollar-plus behemoth and selling it, Donny Deutsch had little interest in what he calls “stuff.” Despite two marriages and three children, he was a self-described “serial renter” who never acquired the houses, planes, or boats favored by many of his acquaintances. “People used to make fun of me because I didn’t own anything,” he says.

Those days are over. Five years ago Deutsch, the chairman of Deutsch Inc., bought a townhouse on Manhattan’s Upper East Side, took a wrecking ball to everything except the landmarked limestone façade, and turned it into one of the city’s shiniest new toys—“drop-dead gorgeous,” according to Today host Matt Lauer, who told The Wall Street Journal that Deutsch’s place was “the coolest apartment in New York” before it was even finished.

Now it is, and the results were worth the wait. From the outside, the six-story, 15,000-square-foot mansion still looks like a stately architectural dowager; it was built in 1889 and updated in the French-neoclassical style around 1915. But the moment the front door opens, visitors are transported to an ultramodern white-on-white gallery bedecked with a major collection of contemporary art in eye-popping colors.

“He wanted it to be sophisticated, spectacular, and over-the-top,” says Frederic Schwartz, the architect who worked with Deutsch to transform the venerable townhouse into a sleek, contemporary space. “And he wanted to bring in as much natural light as we could.” To that end, the back wall is now largely glass, and an expansive skylight above the floating travertine-marble staircase gives the five-bedroom house a luminous glow. Airy and incandescent, the house could be a 21st-century fantasist’s version of what heaven might look like, if heaven were decorated with a witty array of Warhols, Basquiats, and Harings. Deutsch, a dynamic bachelor-about-town who goes out virtually every night, finally has a real home he vows never to leave. “You do this once,” he says. “They’re going to carry me out of here.”

Today Deutsch is wearing his usual uniform, which consists of jeans, a gunmetal-gray T-shirt that matches his silvery hair, and Tom Ford shoes. “I wear Levi’s jeans and Scoop T-shirts every day,” he explains. “Suits are just for television.”

“I walk in and I’m waiting for someone to go…”—he taps himself on the shoulder—“Out! Get the hell out!” He looks around and concludes proudly, “We nailed it.” 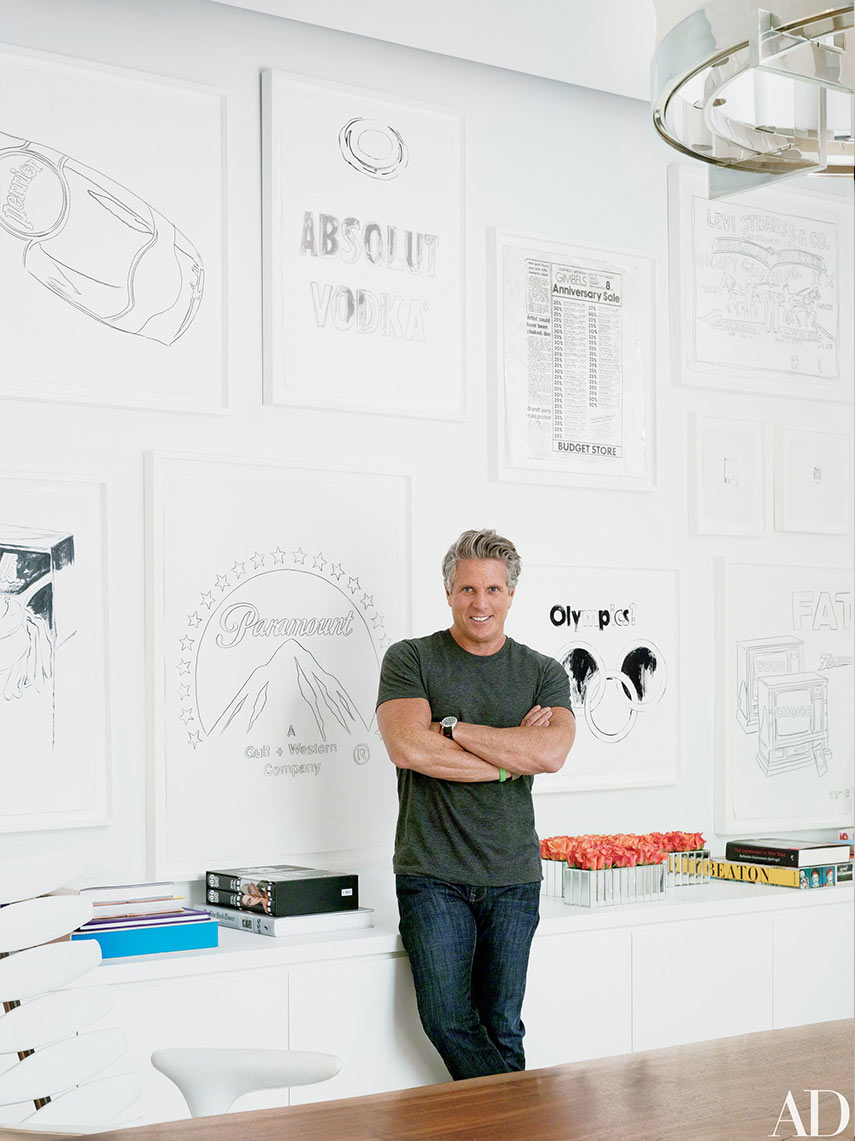 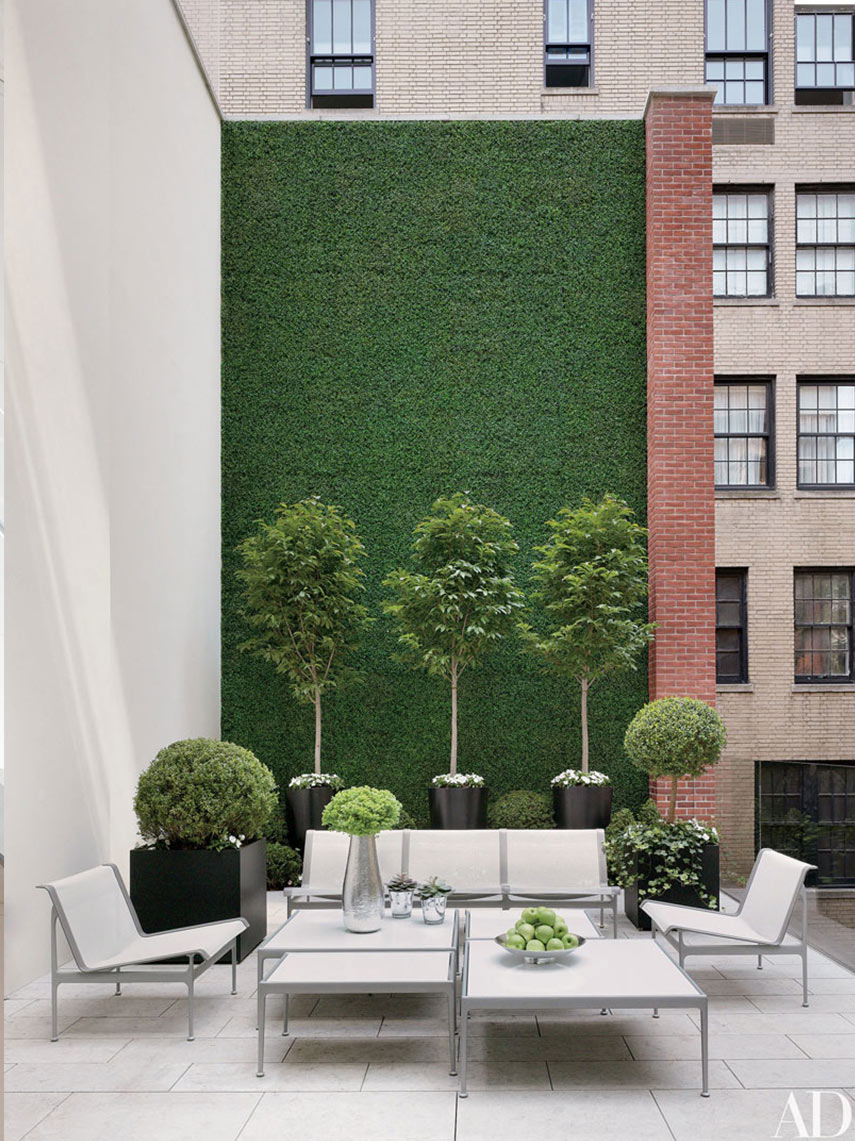 Thanks to his former CNBC show, The Big Idea with Donny Deutsch, and the books he’s written (his first was titled Often Wrong, Never in Doubt), Deutsch has become known for his brash attitude and bold decisionmaking. Such attributes made him an entertaining client, according to Tony Ingrao and Randy Kemper, the interior designers who helped the adman shape the rubble of a thoroughgoing gut job into a highly individualistic vision.

“Donny wanted something unique, relaxed, and not stuffy—something that would reflect his personality,” Ingrao says. “He’s a serious art collector, and his art is all very punchy. He likes to make statements.” No question, Deutsch does just that—from the Andy Warhol paintings of Brigitte Bardot and Nelson Rockefeller to the Damien Hirst medicine cabinet to the Jack Pierson sculpture spelling out LUST on the wall leading to his bedroom. The house was essentially designed from the outset around the collection, which he began acquiring about a decade ago. “It was the first thing I found that made sense spending money on,” he says. “I got high from it. It is such a privilege, living with art. I buy what I love.”

Deutsch worked closely with Ingrao and Kemper to amass an eclectic mixture of English, French, and Russian furnishings whose provenances range from the 18th to the 21st centuries. Throughout the house the decor complements the art but never conflicts with or detracts from its impact. In the second-floor living room, sofas, carpets, and walls are mainly variations on white, with jolts of color supplied by a blue Yves Klein cocktail table and a pair of deep-red velvet tub chairs. But that restraint vanishes at the “princess floor”—the fourth level—where Deutsch’s youngest daughters have bedrooms with shocking-pink and purple beds; their playroom a floor below features a red sofa, gummy-bear lights, and cupcake seats in lime-green, hot orange, and other electric colors. The master bedroom, above the girls’ floor, derives its visual fireworks from a bold zebra-print rug and Warhol drawings of Judy Garland (“I’m very secure in my masculinity,” Deutsch observes with a grin). He nonetheless vetoed his design team’s entreaties to finish off the look with a chinchilla throw on the bed.

Deutsch finds that his female friends are particularly enthralled with the dressing area, a long gallery with shelves designed to hold a formidable quantity of suits, shirts, and shoes. At the very top of the house is a gym and a rooftop deck with a hot tub. “I pinch myself every day,” Deutsch says. “It don’t get any better than this.” Despite an Ivy League degree and a self-made fortune, he still talks like the “Jewish kid from Queens” he grew up as, and he often feels like that guy as well. Although his new home was completed last fall, Deutsch can’t quite believe it’s all his.

“I walk in and I’m waiting for someone to go…”—he taps himself on the shoulder—“Out! Get the hell out!” He looks around and concludes proudly, “We nailed it.” 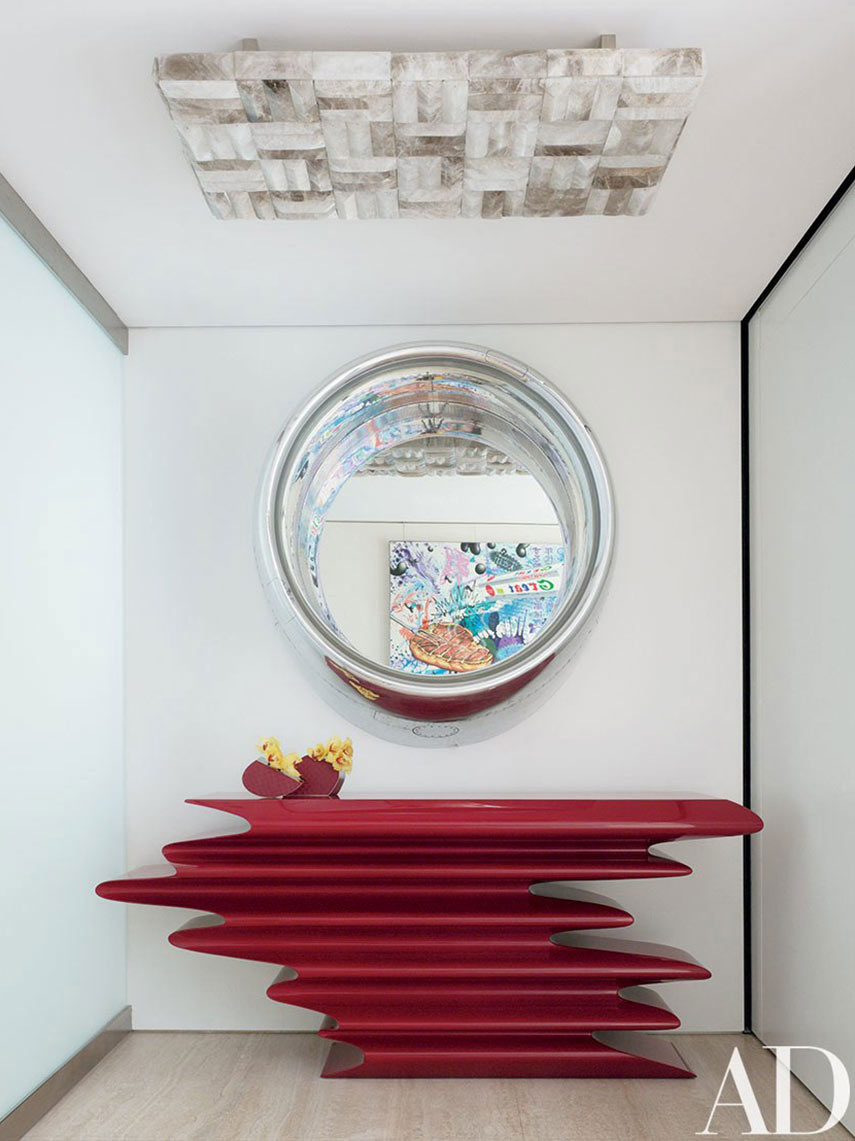 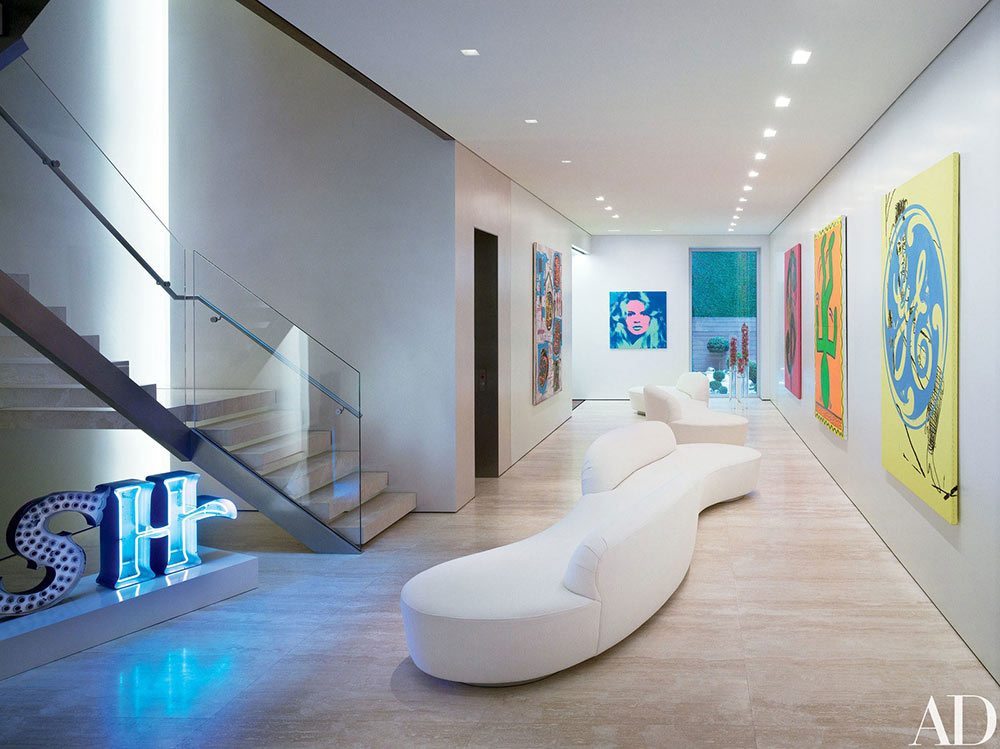 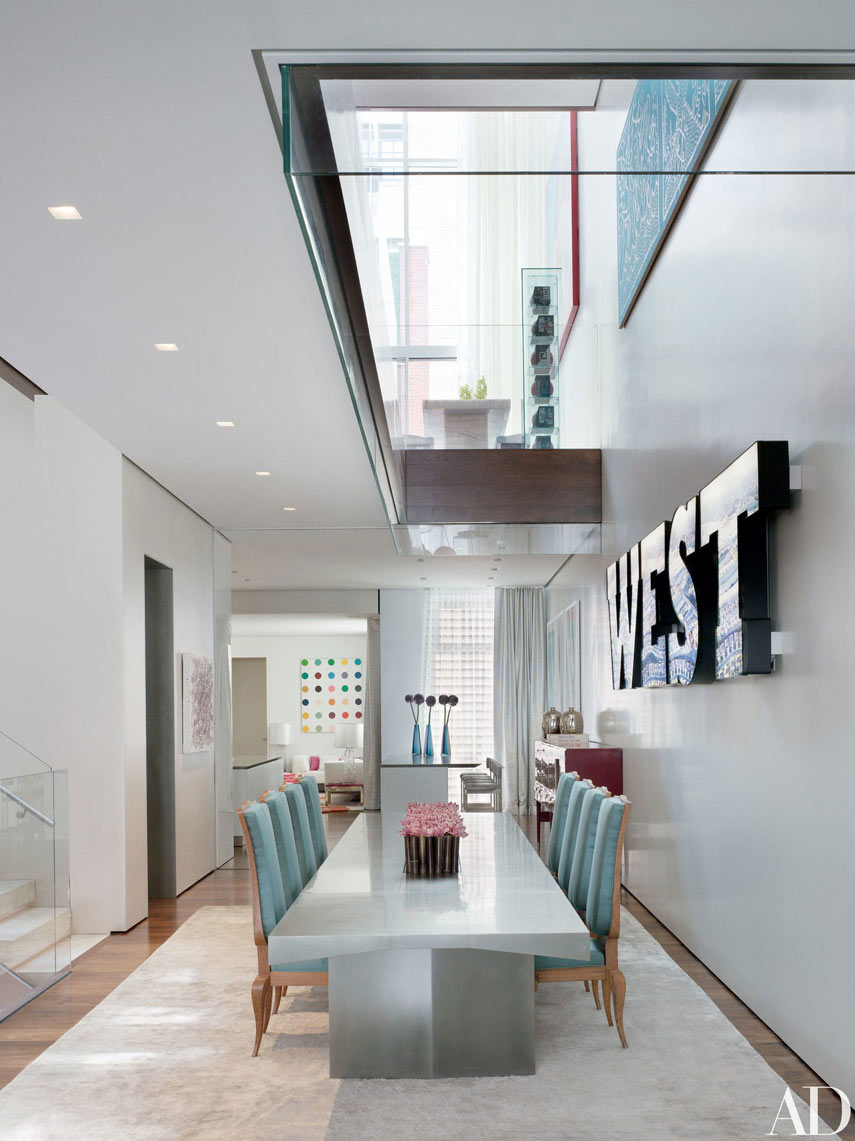 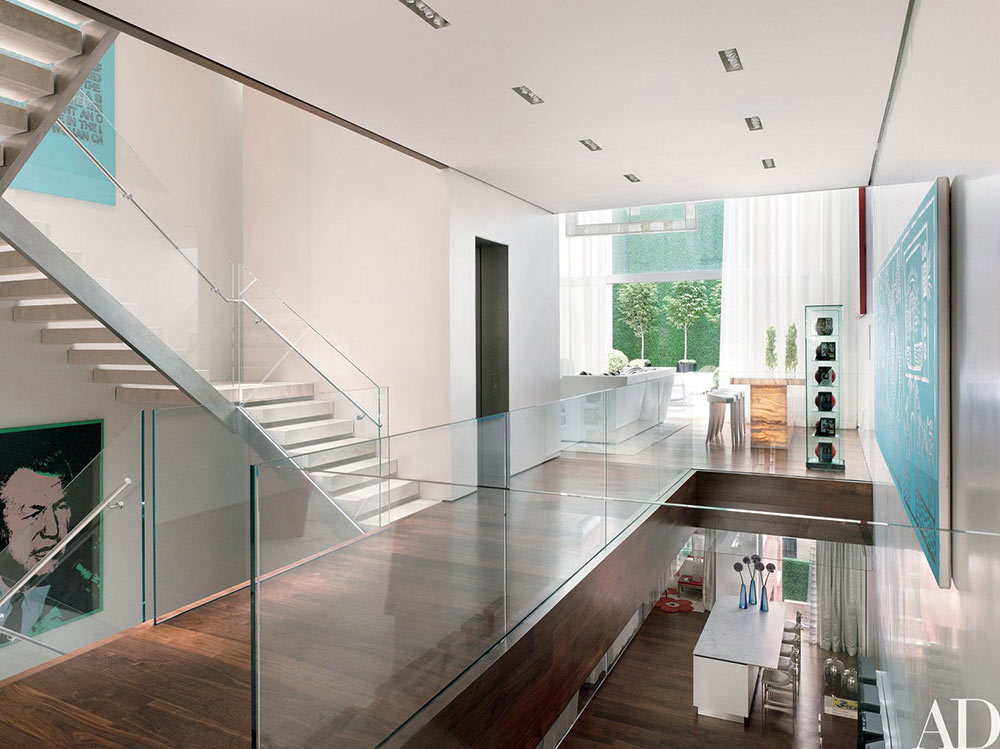 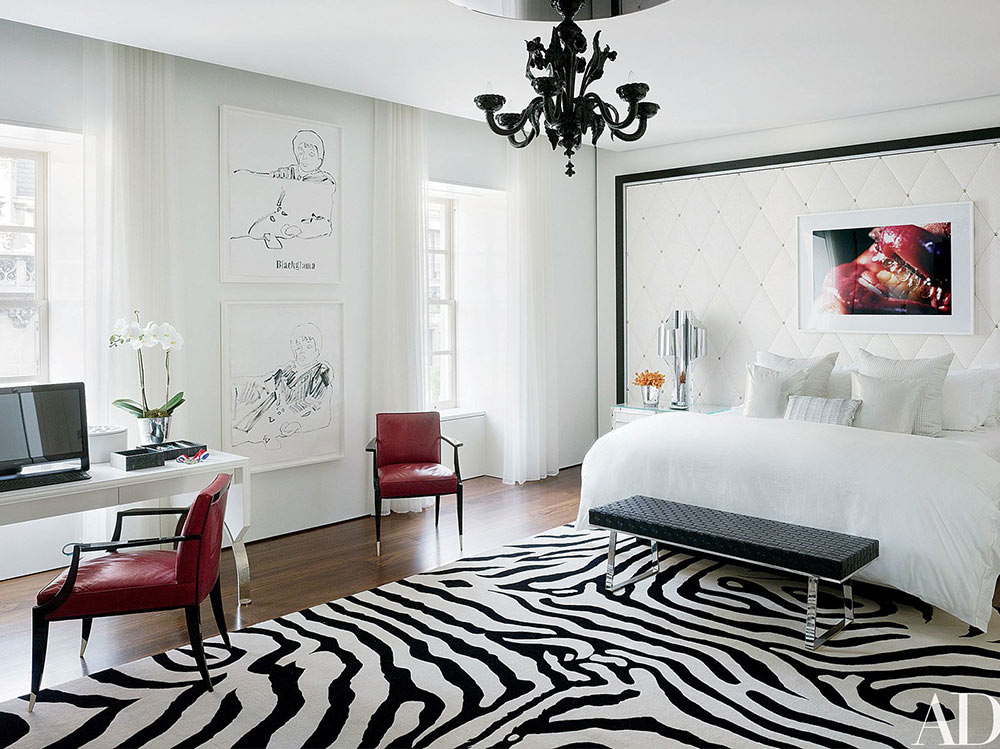 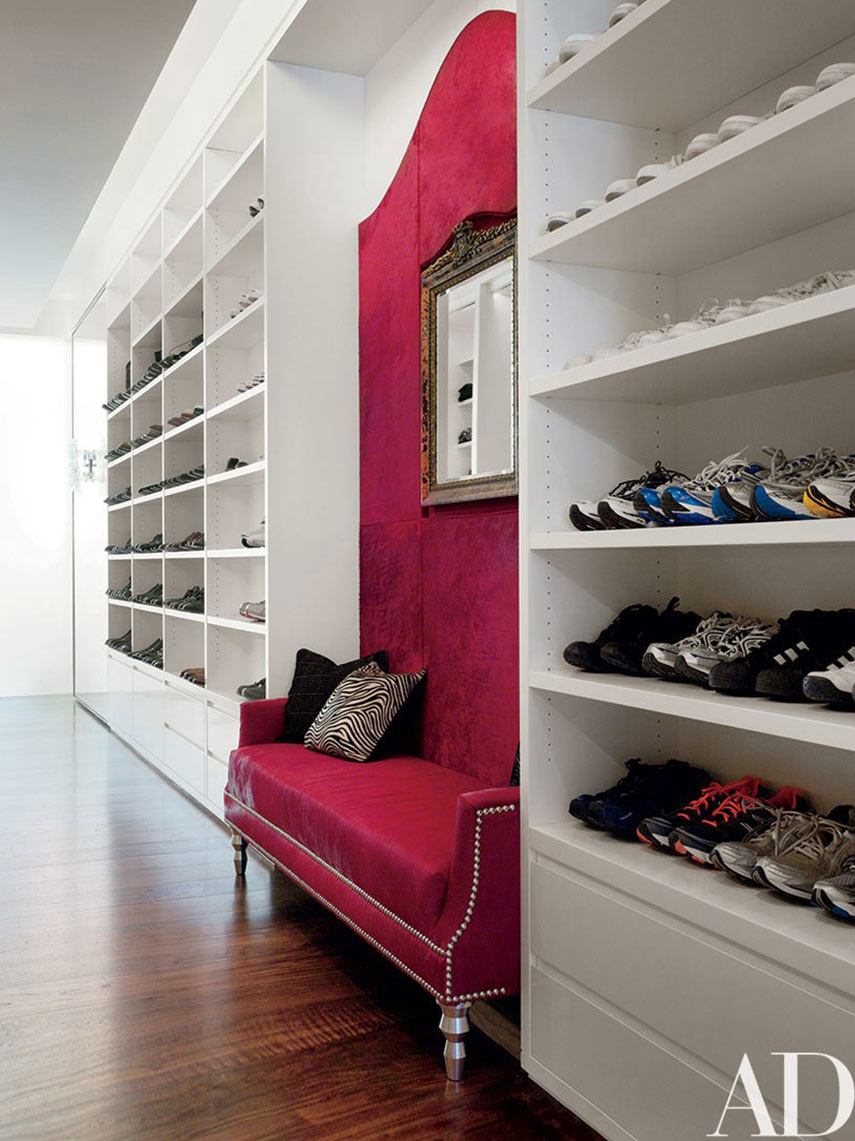 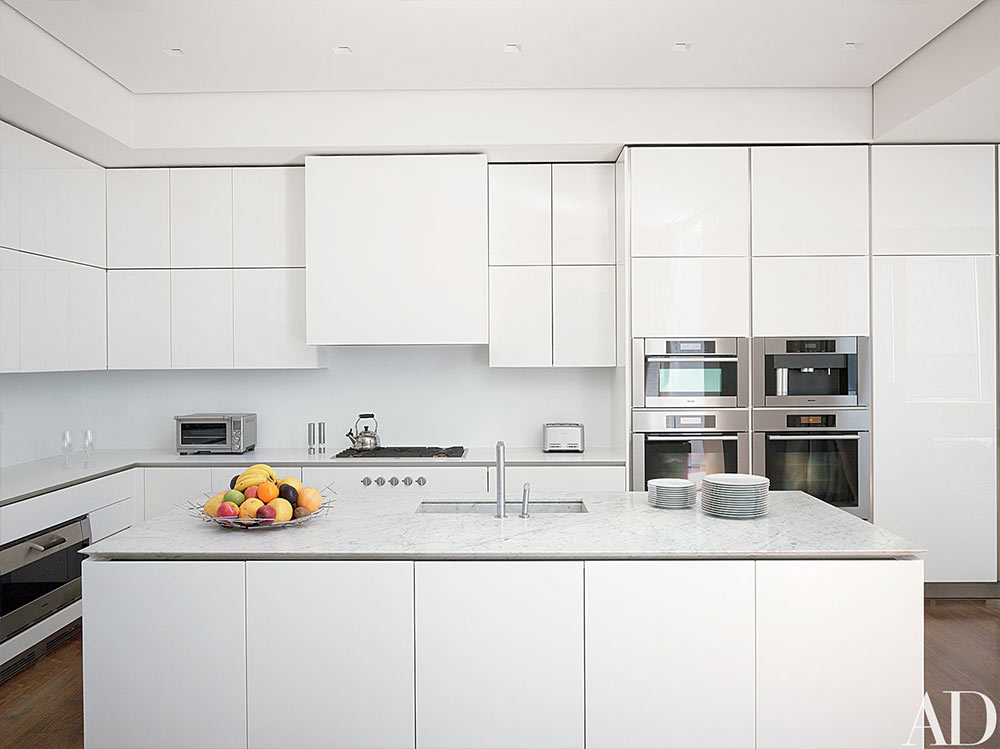 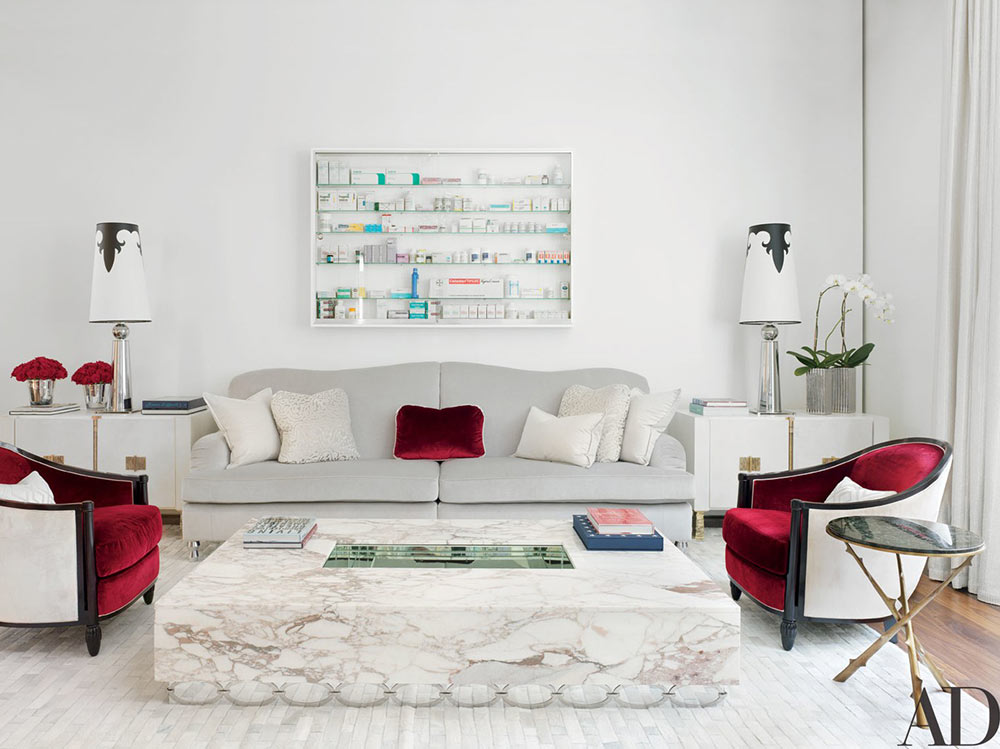 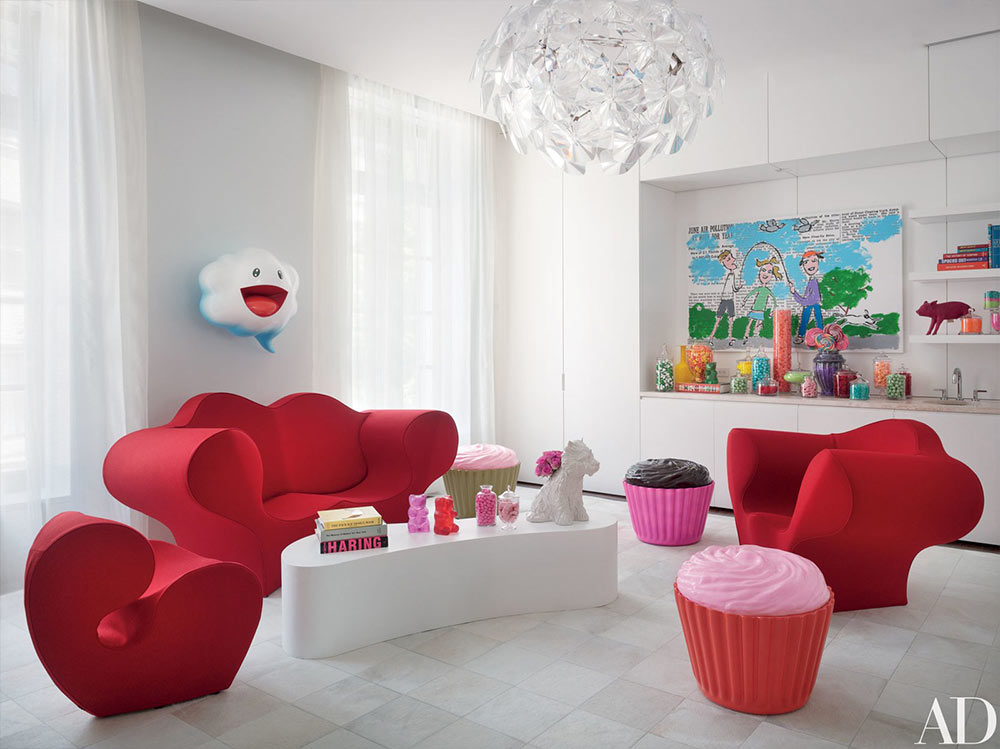 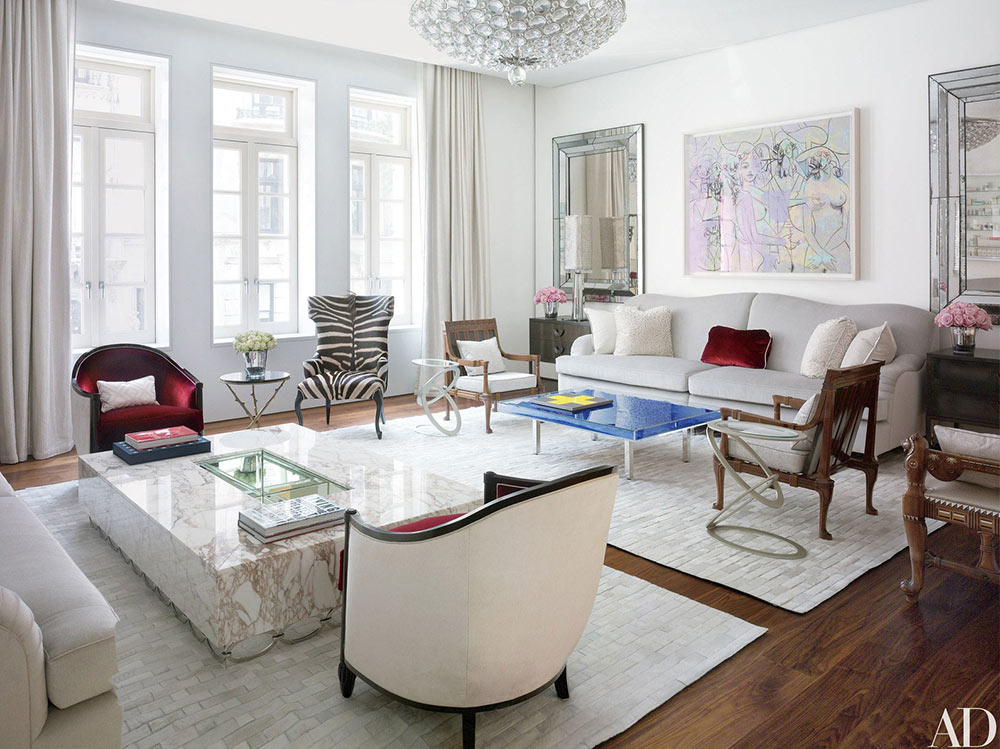