As virtually any artist will tell you, art can change your life. Collectors are just as likely to tell you that it will change your style, as well. And there is no better example than Allison and Warren Kanders.
They bought their first house in Greenwich, Connecticut, 22 years ago, and hired Mica Ertegun to imbue the Colonial Revival home with her classic

elegance (AD, October 2001). But the couple’s taste was evolving, and their art collection was growing. “It’s hard to hang contemporary art on walls with moldings,” says Allison. So a dozen years later they turned to Joe Nahem for a refresh (AD, June 2013).

Five years ago, art again spurred a change, the family’s biggest yet. “I found I was coming into New York City almost every day, to go to artists’ studios and galleries,” explains Allison, who cochairs the painting and sculpture committee of the Whitney

Museum of American Art, where Warren serves on the board. So they and their three school-age children decided to commit to the city full-time, retaining their Greenwich place as a weekend retreat. Though Allison admits she longed for a doorman and a view, “Warren and the kids love downtown.” They ultimately chose a five-story townhouse in Greenwich Village.

The couple turned to Tony Ingrao and Randy Kemper, AD100 designers known for their urbane and almost offhand way of dealing with even the most precious antiques and artworks, to modernize the landmark structure. Ingrao gutted the place, ripping out flooring, removing one of the two living room fireplaces and designing a new staircase. Now a striking set of Jean Prouvé–inspired aluminum sliding doors pierced with portholes separates the living area from the kitchen, which is flooded with sunlight thanks to new overscale windows.

Art, not surprisingly, was a major consideration—specifically having enough wall space for it. “There was a constant discussion of art, from day one,” says Ingrao. “We talked 24/7 about placement. Art for them is number one. Then comes mood and comfort.

“There was a constant discussion of art, from day one,” says Ingrao. “We talked 24/7 about placement.”

But at the same time, they were adamant that they didn’t want to live in a museum.”

“My instruction to Tony was: Nothing shiny!” says Allison. “I wanted soft textures, I wanted color. I wanted the place to be cozy. This is Tony stepping out of his box.” But, she notes wryly, “he does know how to read a client. Tony never says no, and I’m not easy.”

The result of the nearly five-year renovation extended after a major flood midway through) is a master class in creating a space that showcases art but still feels welcoming. Yes, the walls are white, but here they are Venetian plaster, with a subtle sheen. There are broad expanses of wall filled with major works, but the large spaces are broken up with intimate seating groups. The playful custom stair rail evokes the work of Jean Royère, while echoing the radiating lines of the Mark Grotjahn drawings that hang on the wall behind. Floors of reclaimed French wood with a soft-wax finish glow under cloudlike custom light fixtures by Jeff Zimmerman.

The often-changing array of artworks includes pieces by Jeff Koons, Yayoi Kusama, Laura Owens, Gabriel Orozco, Roni Horn, David Hammons, and Gerhard Richter, among many others. The roster of furnishings is just as impressive, with designs by Pierre Jeanneret, Pierre Paulin, Maria Pergay, and Marc Newson. But as Ingrao points out, “The fur-nishings mix with 18th-century fabrics and hand-embroidered pieces. There are lots of textures, but nothing so showy it competes with the art.” The Jeanneret settee and chairs are covered in green hair on hide, the pair of 1972 Pierre Paulin chairs sport mohair, and another sofa is covered in an emerald silk velvet finished with a subtle fringe.

Upstairs, hand-hewn oak cabinetry lines the pas-sageways to the bedrooms, which are studded with even more art, including the children’s bedrooms. “The kids love this place,” says Allison. “And now they are at an age when they can appreciate it. The one rule is, Do not touch the art!” she adds with a laugh. The master bedroom, a sanctuary of white, is cocooned with curtains of a thick-woven Isabel Marant wool, evocative of macramé—but far more elegant and luxurious.

Even the garden is a work of art. The Kanderses enlisted artist Paula Hayes, whose landscape-focused work was featured this past summer at the Aspen Art Museum (where Allison is a board member). “Allison had to twist my arm a bit,” Hayes admits. “But I loved the collaboration. The garden became more floriferous and more colorful because of her.” In the small space, a magnificent magnolia, a dog-wood, and a delicate Japanese maple contrast with jagged lime-green grasses. Colorful flowers are planted in both traditional urns and Hayes’s signa-ture blobby silicone planters.

“I wanted to live with art,” says Allison, “but I wanted a balance, a place where you don’t see only the art or only the furnishings. This feels like a real home.” 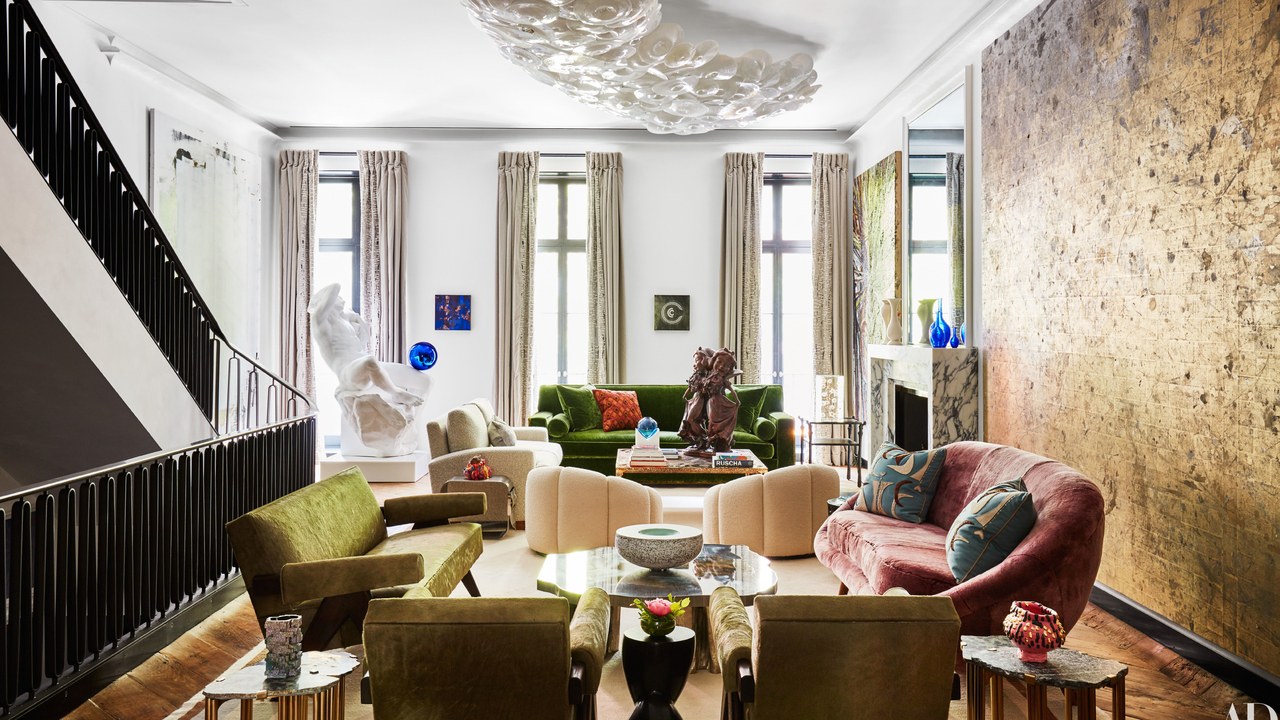 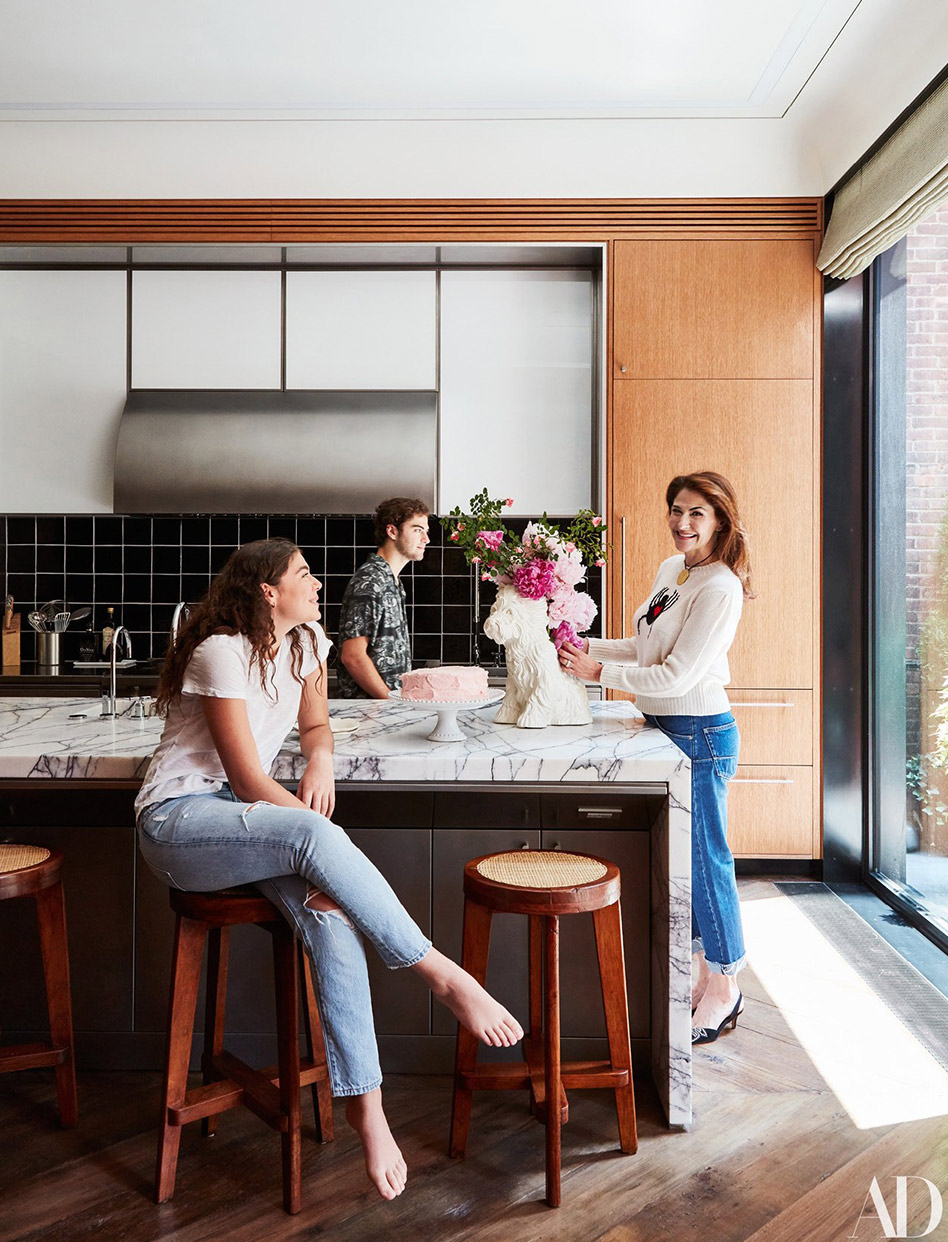 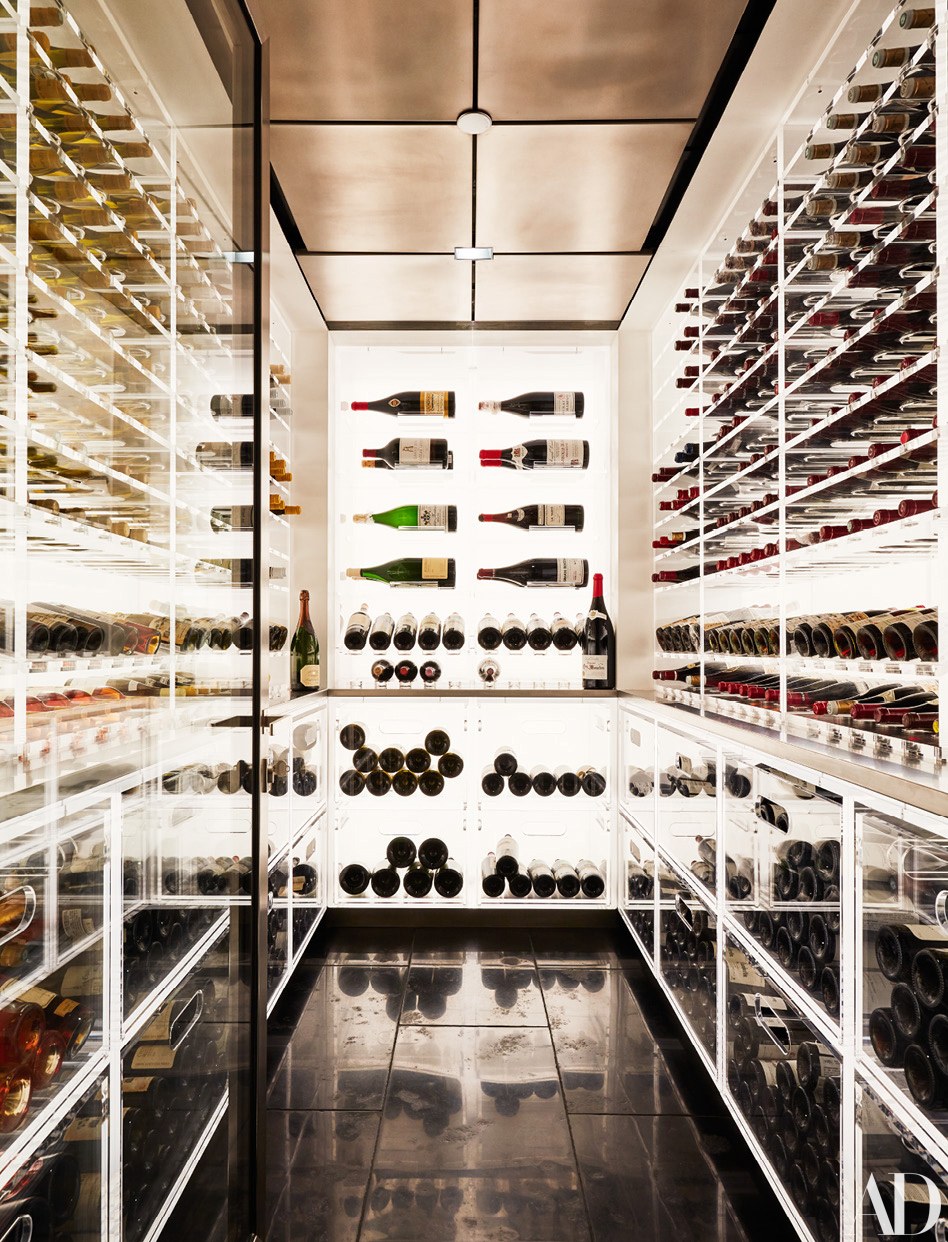 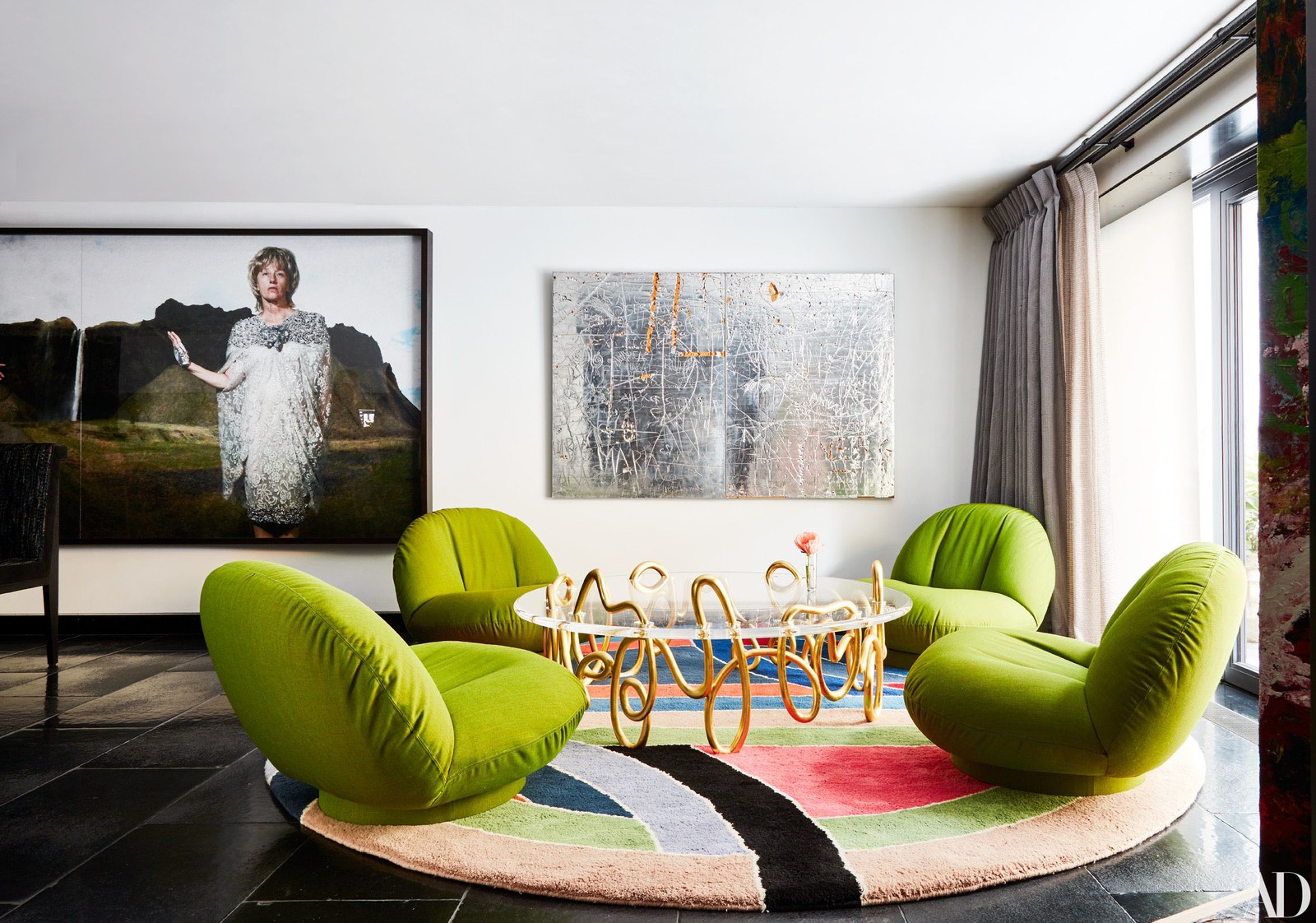 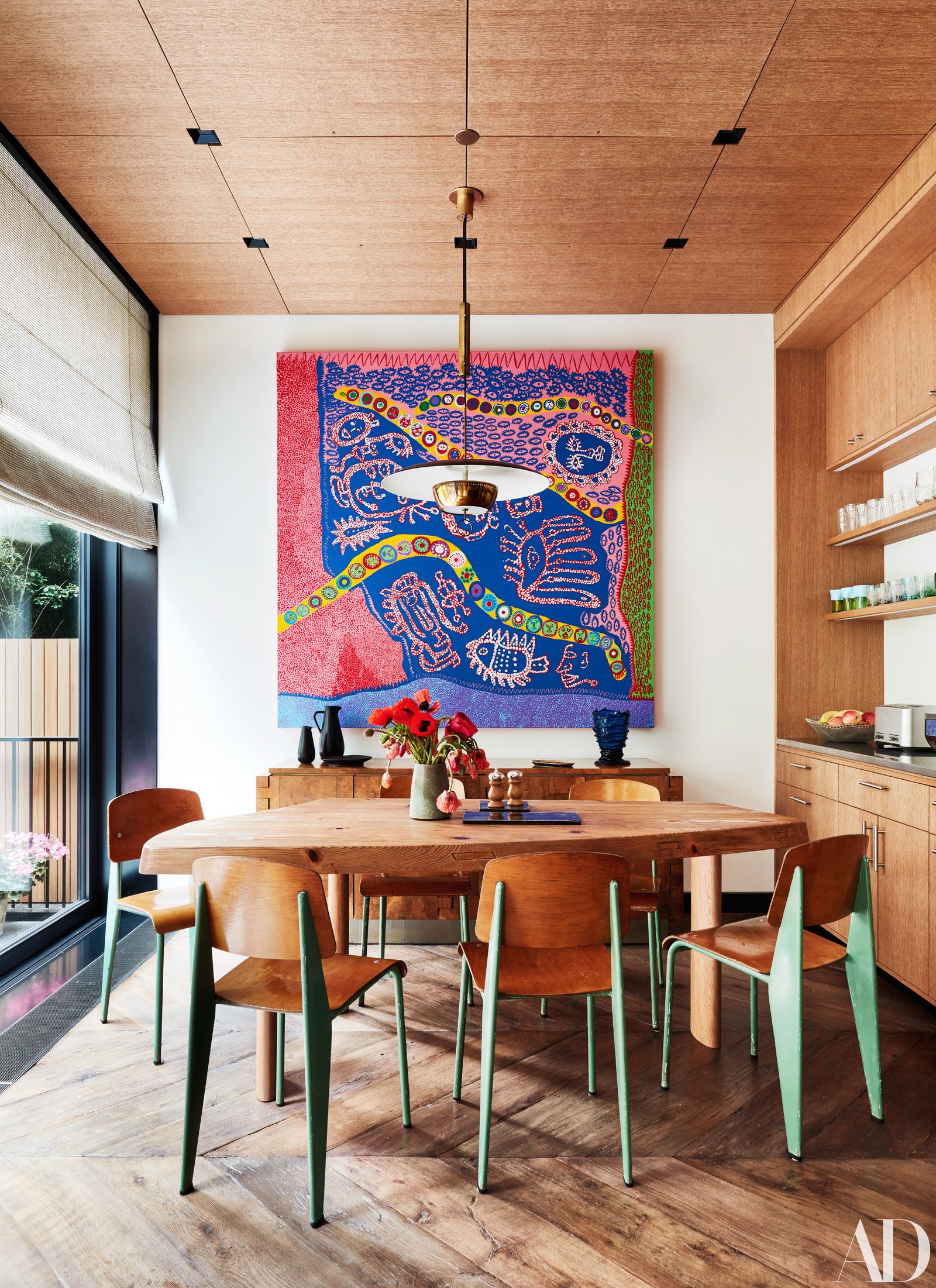 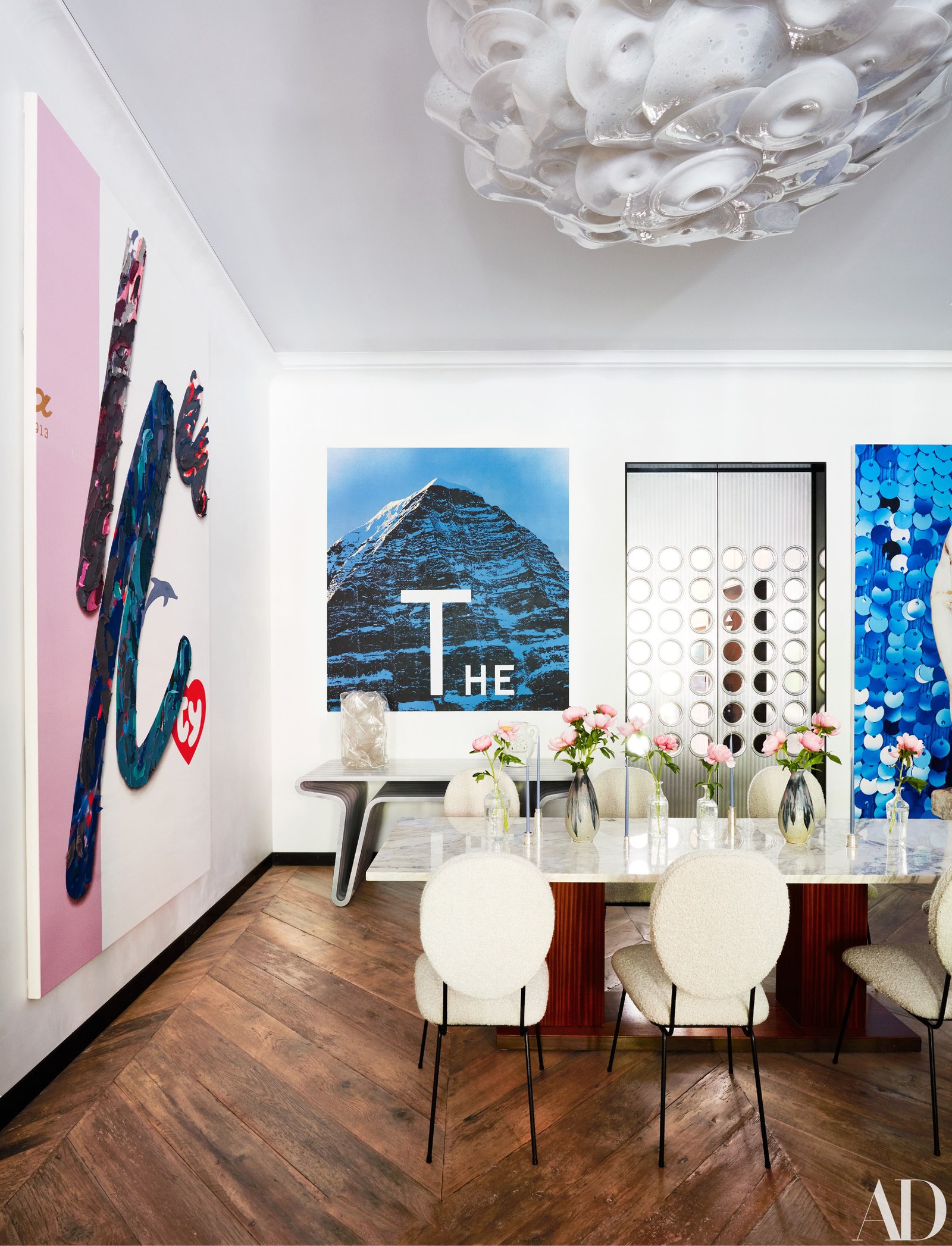